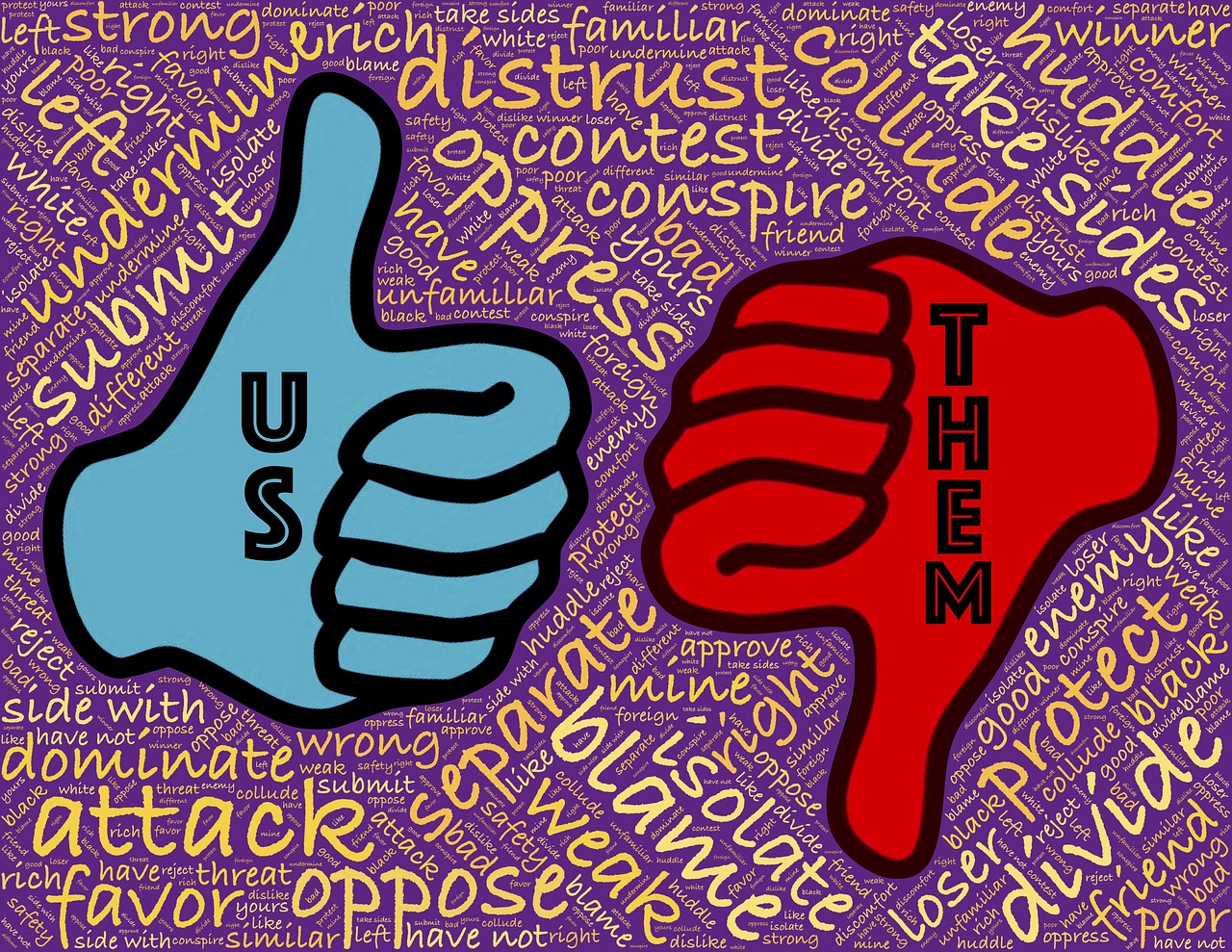 A Disturbing Trend: Us vs Them 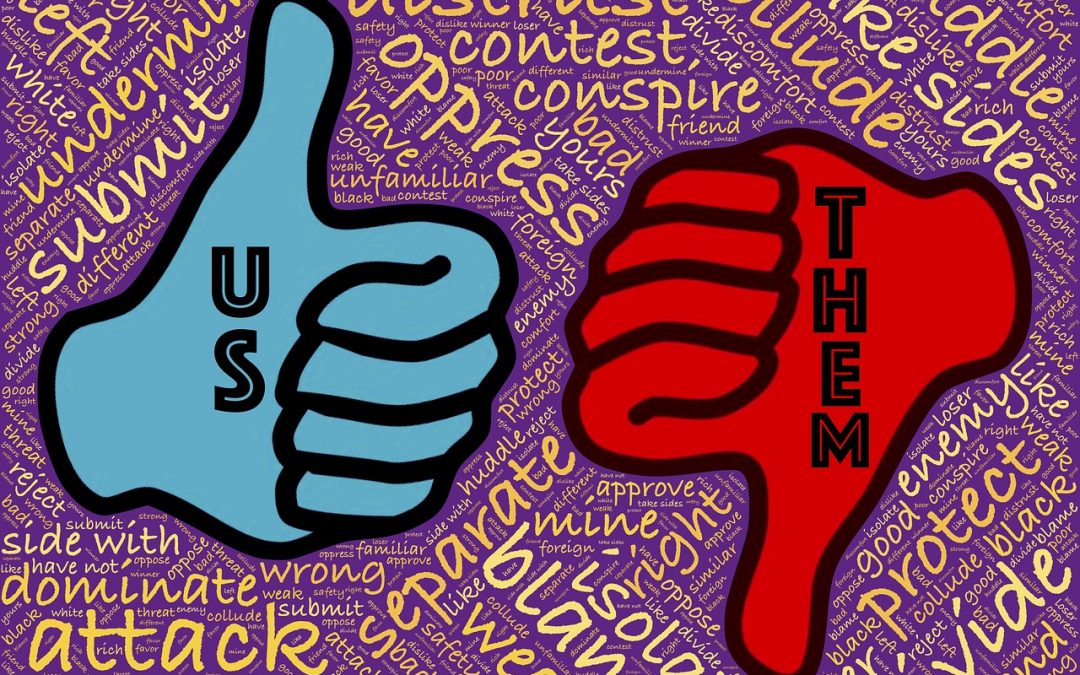 It has baffled me. The media, the social media, and the psyche of people ………

I will present to you three videos that twists our thoughts and creates divides in the audience. Our actions in social media also do the same.

In times of peril, it is important that we come together not break down.

There is sometimes obvious and sometimes embedded voices that conditions us to believe that in order to survive, we have to blame others for all that is happening.

The divide and rule policy still is within us and around us….

This is what I think different people would take away from this news:

Muslims: Why do you blame us? We are hurting as much as you, some of us more than you because we feel vulnerable. Because the fingers get pointed at us, we feel apprehension, unjust treatment, and hurt. You don’t understand us.

There is a frequently portrayed picture of a seemingly great divide. When young people see this – see themselves being looked at suspiciously, see themselves questioned at for no fault of theirs, and made to feel different, how do you think they will react, where do you think they will turn to? The Muslim community seems to be asked to stand up to trial when extremists do the damage. The most damage are done to the Muslim communities themselves but that rarely gets reported.

Others: These news have such negative effects on people who are scared. Aren’t we all scared of our lives and our loved ones? We are scared if we see a shadow following us in a dark alley, even when we hear an unexpected knock at the door. We are survivors, we have to think for ourselves first.

Britain pay compensation for the Empire

A long tale of the British colonization and a non-issue made an issue and how media can polarize the viewers. One party feels discomfort, hurt, and some even rage.  The other party might feel patriotic and defensive and even some rage.

Violence over state boundaries in Nepal

An analysis of Nepal. The problem made so strong of the need of making Madhesi and Janajati people, have power. The Khas people are portrayed as the ultimate blood suckers. Isn’t this creating a great divide among people in Nepal? When both parties feel attacked, how can a resolve come about? After all, aren’t all survivors?

Even people who don’t think of each other as different but just as friends will have thoughts of the differences creeping inside them. They may be looking into each other’s last name, color of the skin, the tone of the voice, and much more.

The divide and conquer rule at play everywhere.

The only solution, a long hard one – to build connections, real human connections.

Give the respect that you think “YOU” deserve.

Think of a time when you were treated unfairly and make sure the other person is not made to feel that way.

A perfect example of our current actions can be depicted with the act of hazing. Because we were treated unfairly, we must treat others unfairly, perhaps even more severely. Think of a time people around you have referred back to a time when they had to suffer to let you know that you have to suffer too. Our traditions, our culture, our conditioning.

We might be bitter from the times or the stories of betrayal but until we take the chance of opening our hearts, we can never build a more connected and a more humane world.

I leave you with this video from Oprah. Now, it is not just America that is a “salad bowl” but the entire world is.

We all have our preferences but so does everyone else.

While I for one believe that no religion or culture should restrict you in anyway, of which all religions and cultures fall pray in some ways or the other, I know that I cannot treat people unfairly because their beliefs don’t resonate with me till the other person has no problem with me being me.

We have come together and all these technological advances possible to connect globe, shouldn’t we feel connected?

Instead, we feel fear and we turn to survival tactics, alienating ourselves from the world – we shun others, blame others, hurt others – all in the name to protect ourselves,………………. and we call this our defense mechanism.

We never once stop to think if our defense mechanism is actually alienating people who could have become our friends, our closets allies. Instead, all of us start living as strangers

But today’s world is so connected, we keep colliding and we keep hurting each other – through our actions, through our words, and through our mind.

There’s an outpouring of love around you too. Choose to filter out the negative. Brave your hearts to accept and give love, even amidst your fears. It is a hard journey but a journey we have to take.